Here are a few more "back-images" of Monster and Bunny 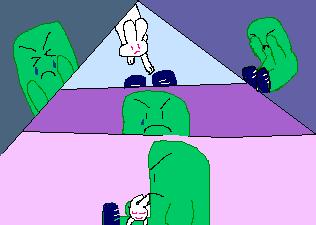 This could be called an "origin story."

And then Bunny comes in. This is how they met. 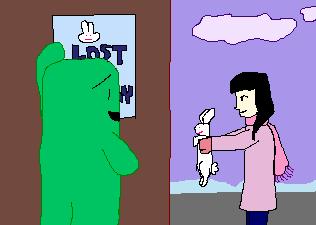 My friend Anne asked one day if she could be in one of the "drarrings". It seemed like a fun challenge.

Monster's favorite face is to scowl--he's used to trying to keep people away from him--but even he couldn't help looking happy here. 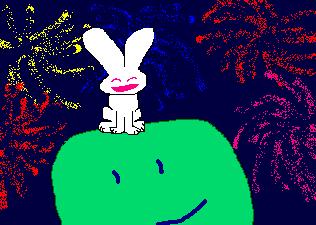