Then a mysterious third part of me (I'm not sure where it is, somewhere behind my eyeballs) loves the idea of gay romance pulp covers, ala Paul Richmond's Cheesecake Boys or the fantastically pulpy covers of M.J. Pearson's gay regency romances. (Yes, they exist! It. Is. Awesome.)

Unfortunately, I'm not Paul Richmond and am too lazy/unskilled to draw hot guys swooning over each other in various stages of nakedness, with cool call-outs in text surrounding them, like "He knew NO SHAME" or "He said goodbye to virtue, and hello TO THE NIGHT."

What I can do is stick figures though, in various stages of not-obvious nakedness, and mediocre call-outs to some of my fave gay romances.

Why? I dunno. Boredom? And because I love them? I feel like that's reason enough to draw messy stick figures fondling each other. 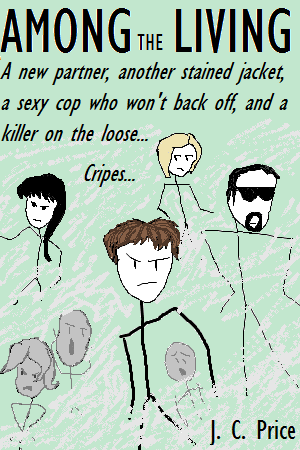 Among the Living by Jordan Castillo Price. #1 in the awesome Psycop series, which is set in our world except psychic abilities exist. Chicago cop Victor Bayne enjoys coasting through life, except he's always hounded by ghosts since he's the only one who can see them. Things change in Among the Living though, since Victor faces a killer so thorough, not even ghosts are left behind. (That, and of course, Jacob Marks forces his way into Victor's bubble of non-committed living.) Great series. 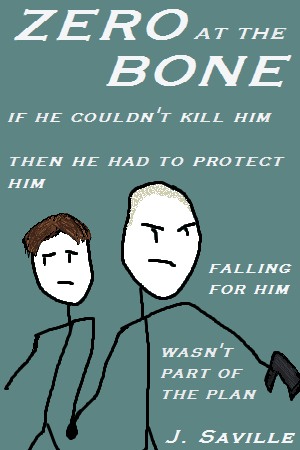 Zero at the Bone by Jane Saville. I think of it as the mothership for m/m romances about an assassin who falls for his target. It's super long, and it is awesome. 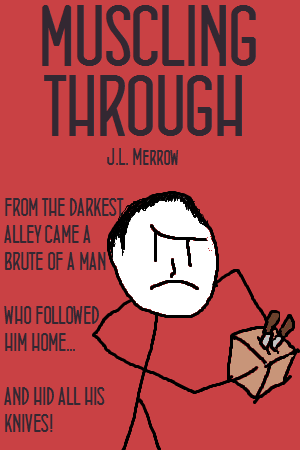 Muscling Through by J.L. Merrow. Wonderful contemporary romance novella about Al, a big guy who many consider not-too-bright, and his sweet-sweet love for Larry, a posh professor. 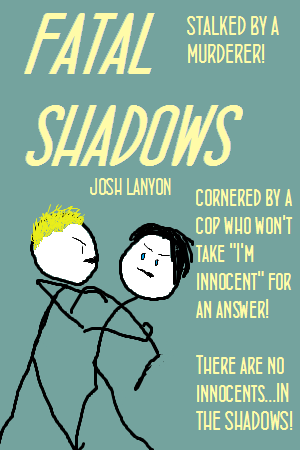 Fatal Shadows by Josh Lanyon. The first in the five-part Adrien English Mysteries series, and one of the first gay mystery romances I read. Excellent first-person narrator. Really fun books.