Summer Vacation continues into the winter! But that doesn't mean love can't prevail! 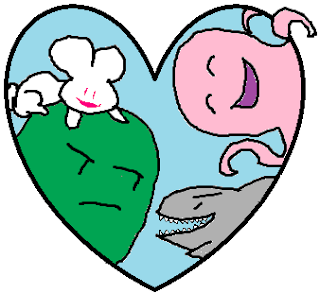 I'll be making special Monster Barrel Valentines and posting them to anyone's timeline on Facebook who requests one. Want a MB valentine? Just visit our Facebook page and leave a request!


Speaking of gifts, here's a recent Monster and Bunny sighting. This time, for a special birthday gift for a friend. 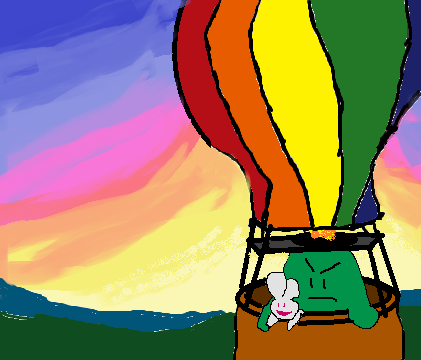 This past November, Washington State voters went to the polls, and included on the 2012 ballot was Referendum 74. If approved, Ref. 74 meant that Washington State would join the growing ranks of states that legalized marriage equality.

The good news is that it was approved! And you can see the joyous fruits of that approval already!

As part of supporting the campaign to bring marriage equality to Washington State, MB posted a "Vote Love" pic, and we were psyched to see it shared across Facebook! 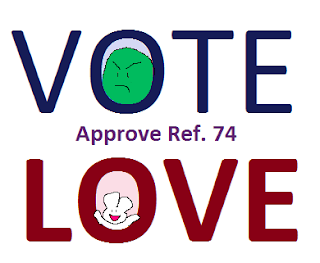 Way to go, Washington State voters! Thank you for standing up and approving such an important human right!
at 9:25 PM